The discontinued Mazda5 is a type of vehicle that simply no longer exists in the United States. There are still plenty of minivans out there, but the Mazda5’s small footprint and styling push it into the compact minivan category. All of the other family vans available these days are gigantic with an emphasis on sprawl and maximum space. Meanwhile, Mazda’s description of its Mazda5 is much more biased towards its driving dynamics and handling prowess.

As an example of where Mazda’s head was with this extra minivan, it was offered with a manual transmission. Competition in the late 2000s didn’t have the same focus or determination to make their minivans drive like sports cars, as Mazda says it tried to do with the Mazda5.

That said, the Mazda5 is still shaped like a minivan and features three rows of seats to accommodate kids and their friends. You can also remove the seats and find an absolutely cavernous space for larger items. It’s the type of vehicle for someone who might need the space and utility of a minivan, but isn’t ready to start living the Toyota Sienna life. 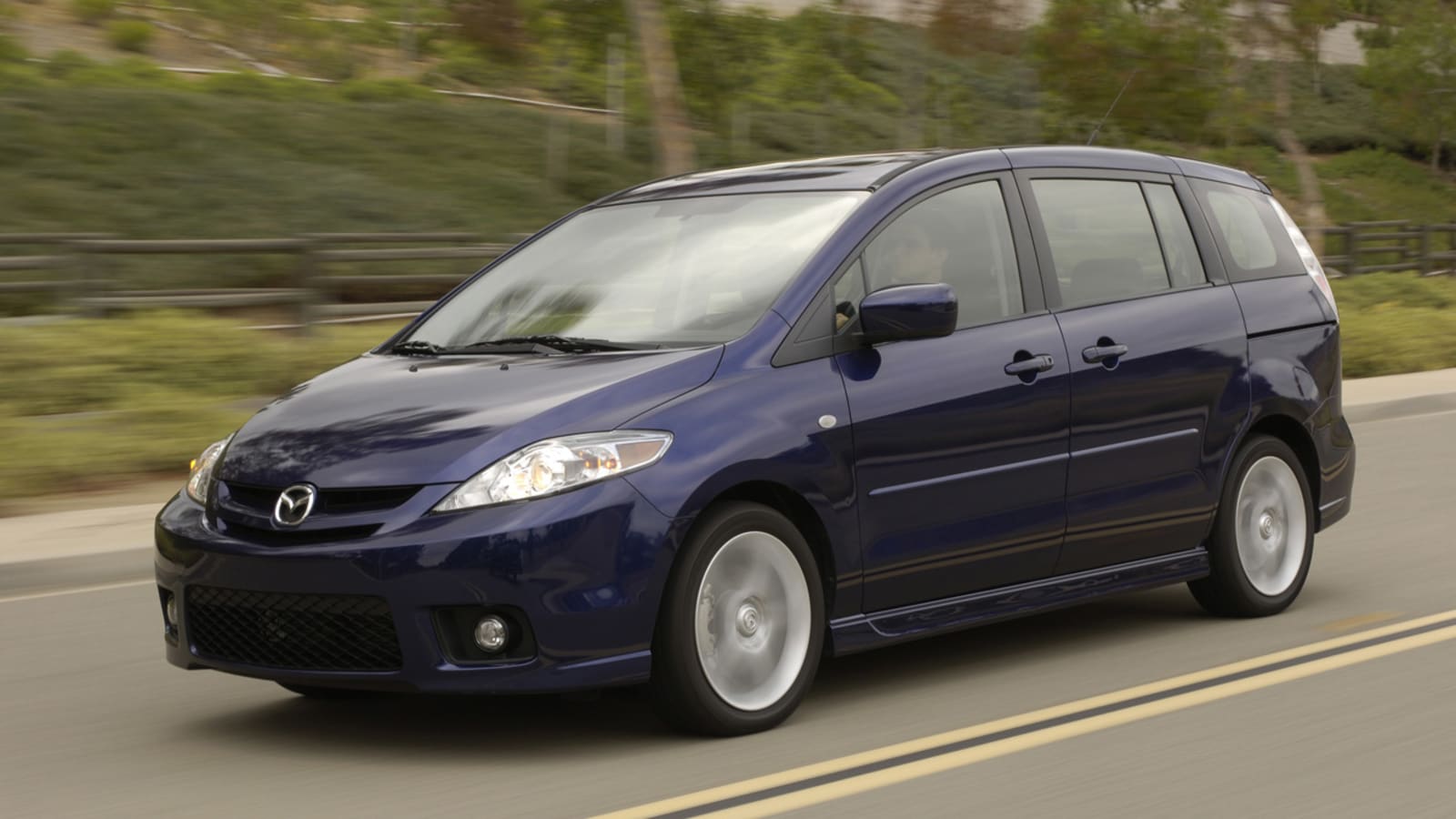 If there had ever been a minivan for passionate driving enthusiasts in the past 20 years, the Mazda5 would be this one. It replaced the Mazda MPV from the 2007 model year. And while Mazda still touts the MPV as a good-driving minivan, the Mazda5 has taken it to new heights with even more aggressive styling and improved handling. . These beautiful looks were part of Mazda’s plan to make its van stand out from the crowd. Its sharp, angular nose brought an advantage not seen elsewhere in minivans at the time.

But beyond that, Mazda has prioritized the normal niceties of minivans with a high roof and plenty of interior space. The second row has standard captain’s seats. And while that means you have a maximum of six seats, these second row chairs are very comfortable. The third row isn’t as comfortable, but an adult can still make it a short ride with its 30.7 inches of legroom. Cargo capacity is predictably massive – fold down those third-row seats and you’ve got 44.4 cubic feet waiting for you. Ditch the second row and Mazda says it offers a 63-inch-long cargo floor. We have to mention that said cargo floor is very low in the car and makes loading / unloading much easier than any crossover or SUV could offer.

Manual sliding doors are touted as a â€œfeatureâ€ of Mazda – take what you want. However, there is no argument with the low curb weight and compact size. Mazda claims that the 2006 Mazda5 weighs only 3,333 pounds. Most of today’s minivans weigh 4,500 pounds, which makes the Mazda5 light in weight. It’s also small, with an overall length of just 181.5 inches. A new BMW 3 Series is about four inches taller than this Mazda5, so yes, it’s smaller than you might imagine. That means it only needs a 2.3-liter four-cylinder engine that puts out 157 horsepower and 148 pound-feet of torque to get it moving (don’t expect blazing acceleration). The first-generation Mazda5 recorded its best fuel economy figures after its 2008 refresh – it was rated at 22 mpg in the city, 28 mpg on the highway, and 24 mpg combined. It’s not a 2021 Sienna hybrid, but it’s respectable for such a utility vehicle. 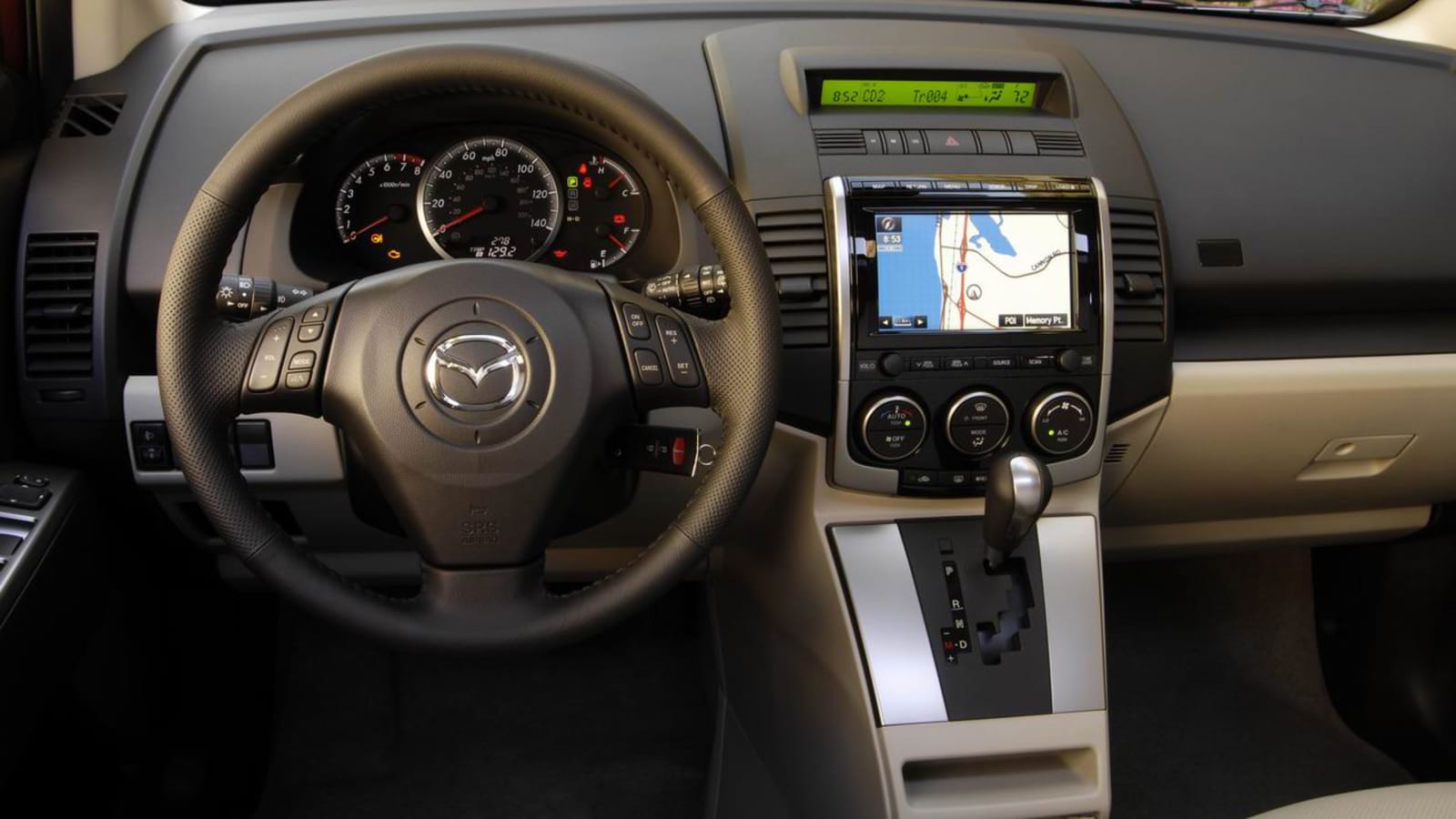 What options do I want?

Mazda didn’t give people a ton of choice in the beginning. The big decision was to choose between five-speed manual and four-speed automatic transmissions. There was a Touring base and trim. The Touring model added some cool extras like a leather-wrapped steering wheel, CD changer, automatic climate control and a moonroof. Even rarer, you could add a voice-activated DVD navigation system to the Touring – that system will of course be horribly obsolete now.

Mazda’s 2008 refresh brought revised styling, but also revised mechanics. He added a five-speed automatic transmission (replacing the four-speed), which resulted in significantly better fuel economy. And luckily for buyers of three pedals, the option of a manual has been postponed. 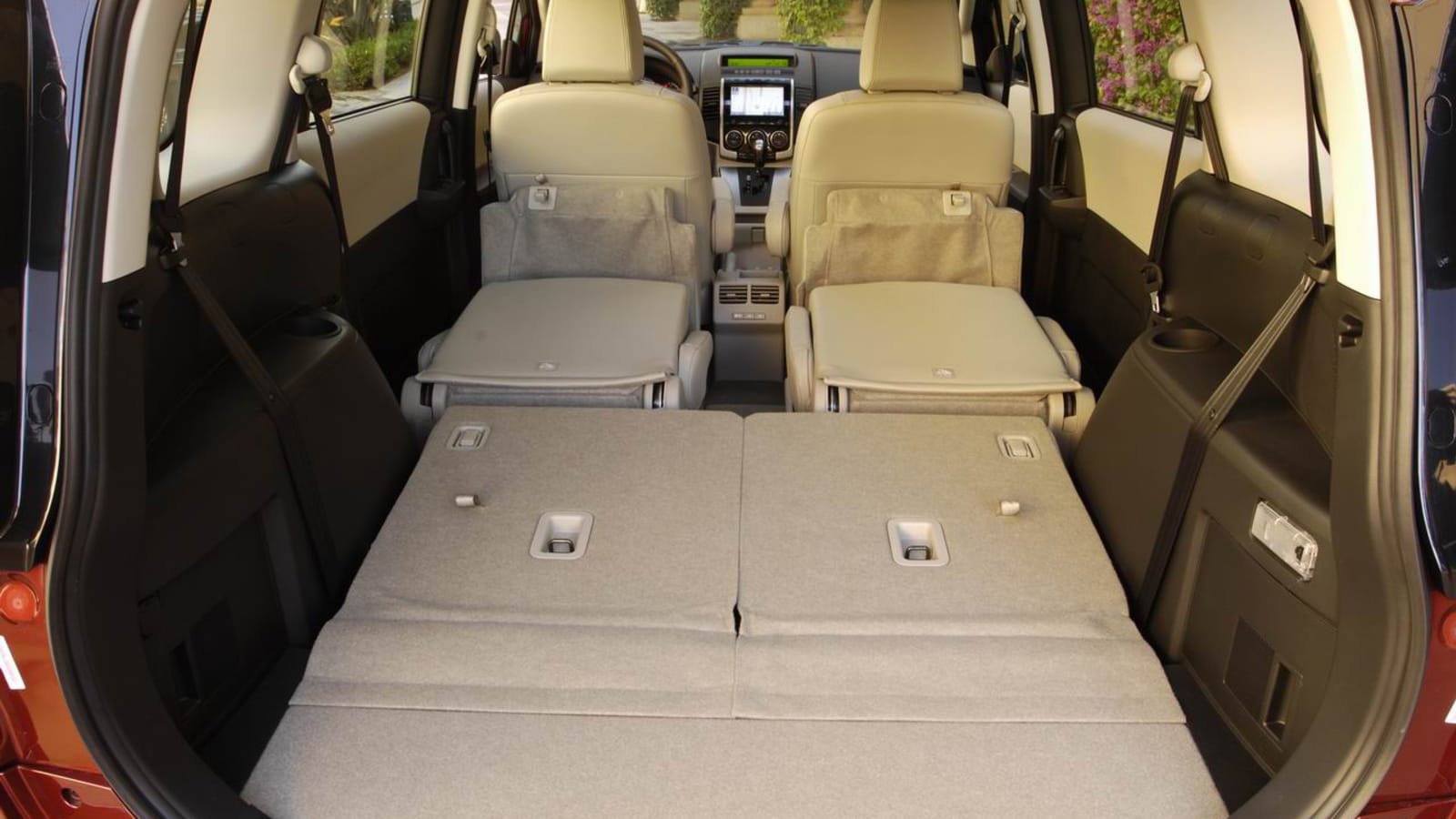 Fortunately, these Mazda5s are eminently affordable minivans. Even the finest, best performing, and cheapest examples are listed for around $ 10,000. There is even a good selection of textbooks to choose from. You’ll find the cheapest deals on pre-refresh vans, but if you want the top of the first-gen Mazda5, you’ll need to prepare for the 2008-2010 model years.

Our used vehicle listings can be helpful in finding a good deal near you. Narrow down offers by a radius around your zip code and pay attention to the offer score on each ad to see how one vehicle compares to others in a similar area. 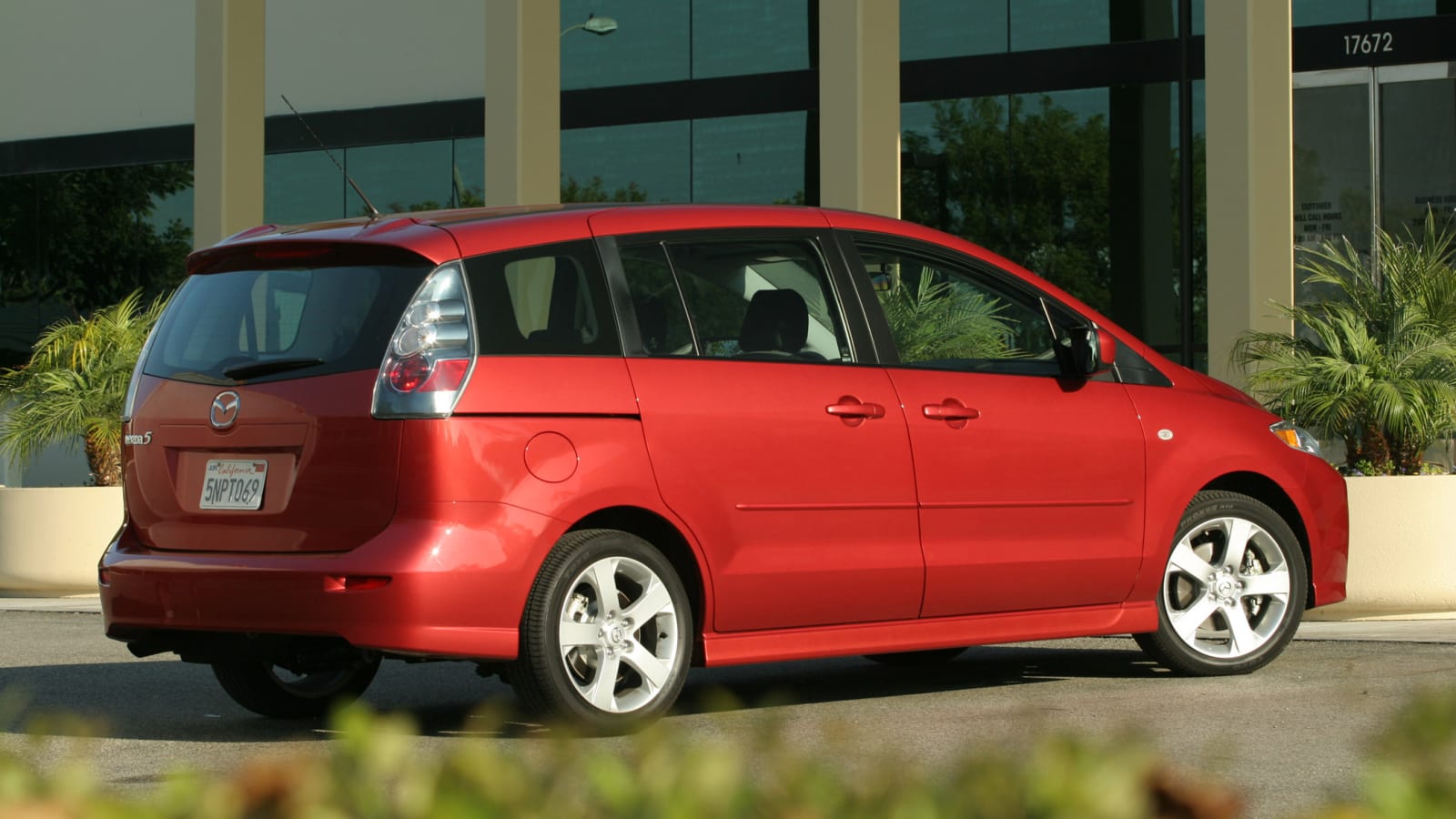 What else to consider

There are so few things that are true Mazda5 equivalents. You look mostly at wagons and minivans, but both have their trade-offs. A wagon would give you the dynamics, while a different minivan would offer the utility. Neither of them are exactly alike, but you do get close to both. Consider other outliers like the Subaru Outback or the Ford Freestyle / Taurus X. If you’re willing to pay a little more, the Volvo XC70 is there, and let’s not forget the odd Kia Rondo, either.

Of course, these wagons won’t give you three rows of space. If that’s a priority, let’s turn your attention to another eccentric, the Ford Flex. And if you decide to avoid the weirdness and the weirdness altogether, there are plenty of regular minivans available as well. There’s the Toyota Sienna, the Honda Odyssey, the Chrysler Town & Country, and more. We’ll leave you with one last weird to close things up: the Volkswagen Routan. It was basically a Volkswagen-style Chrysler minivan, but it’s rare and intriguing and might appeal to the same type of buyer looking for a Mazda5.