Toyota has the best hybrid lineup compared to any other manufacturer on the planet. They have the most hybrids available to suit almost any lifestyle.

I decided to take a look at the entire Toyota hybrid lineup to see if the hybrid version is worth owning or not.

In this particular article, I’ll take a look at the Toyota Sienna Hybrid, what it offers consumers, and whether the cost is worth it to own the â€œSwagger Wagonâ€.

Toyota Sienna Hybrid: Economy for the Whole Family.
The Toyota Sienna is now available in a hybrid version that the whole family can enjoy. Built on the new TNGA-K (Toyota New Global Architecture) for larger vehicles, it is certainly different from its predecessor.

The 2021 Sienna will have a 2.5-liter 4-cylinder gasoline engine paired with Toyota’s electric-powered hybrid drivetrain to produce a total of 243 horsepower.

While horsepower is reduced by 53 hp compared to the 3.5 2GR V6, you gain 12 miles per gallon, and right now that’s a huge deal.

Sienna does not offer a “Prime” model, which is plug-in style like the Chrysler Pacifica. It’s a Toyota too, so you know you can trust it (yes, that’s my Toyota bias that stands out).

Other perks include an AWD-e option and 3,500 pound towing capacity. What does it all boil down to? Family fun, of course.

Getting out and exploring the world again, knowing it won’t break your bank account, is something to write home about.

Other notable mentions are the four-zone air conditioning, in-vehicle wifi, entertainment for the kids, and of course when the going gets hectic, Driver Easy Speak will help you get your voice heard.

Sienna Hybrid ownership costs
40 miles per gallon versus 25 miles per gallon is a huge difference. Over 10,000 miles, that’s 150 less fill-ups, and when gasoline costs $ 4.00 a gallon, it adds up quickly.

While $ 600 doesn’t seem like a big deal, here’s a perspective that can help you understand why it’s so critical. The life of your Sienna van or the cost of ownership.

The average family owns a vehicle for about 150,000 miles before getting a new one. So, we’re going to base all the calculations on that. We will stick to numbers 40 and 25 and add up the costs based on mileage.

This is essential as you will need new tires, oil changes, and possibly a few other maintenance or repair items during the time you own the van.

So is the hybrid option worth the extra cost for something like Honda Odyssey priced at $ 42,800 (Touring version)? The Platinum Sienna costs $ 49,900, which is $ 7,100 more than a standard minivan. The Sienna is no longer offered as a gasoline-only version as standard.

So which van costs the most? The Odyssey will get 28 miles per gallon at best, but for fun let’s put it at 30 because I rigged the Sienna’s numbers a bit.

The difference in fuel costs between the two is $ 3,000, and the Odyssey’s price is $ 7,100 less than the Sienna (both Vans are compared to higher trim levels).

Basic math will tell you that $ 4,100 is the difference and is in favor of the Odyssey. 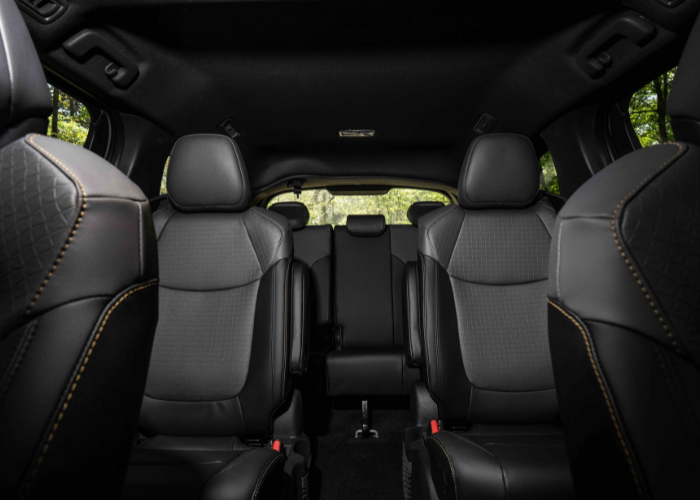 Conclusion
While it looks like the Honda Odyssey is a clear winner, there are a few things we need to consider.

The cost of fuel. Gasoline prices rise for how long no one knows, which means your savings can be spent quickly depending on how often you need to take the kids to soccer training.

Maintenance cost. A traditional transmission is more likely to fail than a proven Toyota hybrid transmission. Its maintenance is also much less expensive.

The tires are pretty much inundated with minivans. All vans destroy tires. (ask me how I know) I don’t know why I brought this up.
My calculation is not correct. I’ve put together some basic numbers and put together what appears to be some reliable data. To cost and do real world analysis, I have to drive and use each van. The real world setting is going to change everything.
Is the Toyota Sienna Hybrid worth it? Toyota seems to think so.

Toyota is taking significant risks. Bold styling, the exclusive four-cylinder hybrid option, I think this will seriously hamper sales, but with Sienna starting at $ 34,000 and Odyssey starting at $ 32,000, you could bet Sienna is the best deal for the entry level.

My opinion is to do what makes sense for you financially. I love Toyota products and will probably drive them for the rest of my life, but I also own an Odyssey (long story).

I think Toyota’s bet on a hybrid-only powertrain is a bold move. They have more data than I do to support such a drastic strategy.

Either way, I think it’s a great option for a family looking to hit the road this summer. Thank you all for reading and remember that today’s adventure is tomorrow’s story.

This family in need gets a Prius to help them.

Find out about this crazy new battery technology from Tesla and why it will forever change the auto industry.

Peter Neilson is an automotive consultant specializing in electric cars and hybrid battery technologies. He holds a Bachelor of Science in Automotive Service Technology from Weber State University. Pierre can be reached at Linkedin and you can tweet it at The_hybrid_man on Twitter. Find his page on Facebook on Certified automotive board. For more on Peter’s stories, check out Toyota’s media coverage on Torque News. To look for Toyota Prius Torque News for more in-depth coverage of the Prius by our reporter.